As macrolide, Erythromycin has been produced by Shifa Pharmed industrial Group in 2000, and it not only used to treat the wide range of bacterial infections but also it can prevent infections of some bacteria.

Erythromycin is prescribed orally, usually before each meal.

Erythromycin is used in the production of macrolide antibiotics such as clarithromycin, azithromycin, erythromycin, ethyl succinate and roxy erythromycin as basic molecule using latest biotechnology technique and applying fermentation for first time in Iran.

The erythromycin ethyl succinate production line from basic Erythromycin has been designed and started with an annual capacity of 100 tons in 2000. The production procedure has been optimized very well using facilities correspond to latest global technology and its production continues till now. 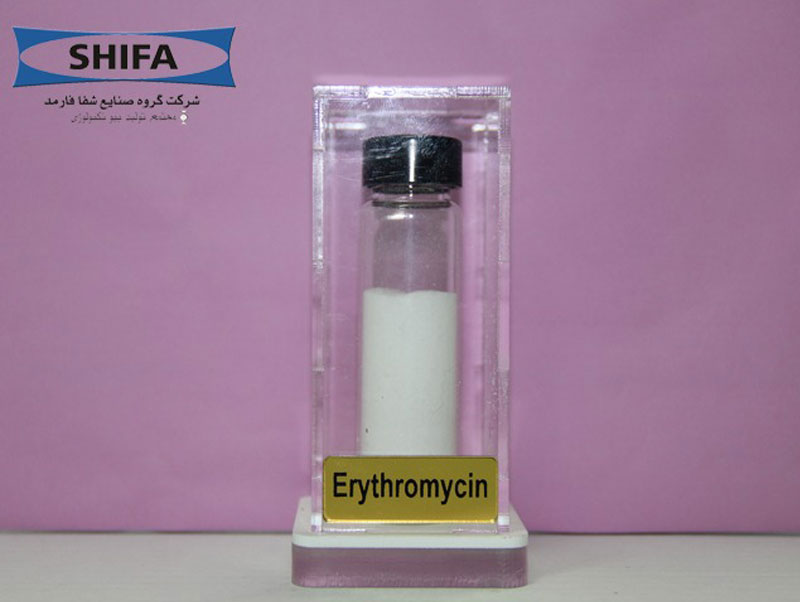